A rebuild of an aging ColdFusion site for The Center for Volga German Studies, including content migration, redesign and added features using Drupal 8.

The "Volga Germans" were emigrants from Germany to the Volga River region of present-day Russia. Their descendants then migrated all over the world, with many settling in Oregon. In order to document that process of emigration and immigration, the Center for Volga German Studies at Concordia University created a website with detailed information about the Volga German colonies, surnames of Volga German settlers, images, videos and more.

As that website was reaching end-of-life from a both a back-end technology and a content management perspective, the CVGS came to us to assist with a redesign, rebuild, and re-organization of their extensive database in order to preserve their data, improve their content management workflow, and present it to the public in an easy to digest manner.

The most complicated part of the rebuild was the content migration, as the legacy site was not database-driven. We used an open-source library called "Scrapy" to create repeatable/refinable programmatic content "scrapes" of the existing site to import via Drupal's migrate plugins in order to save their webmasters dozens of hours of content creation. 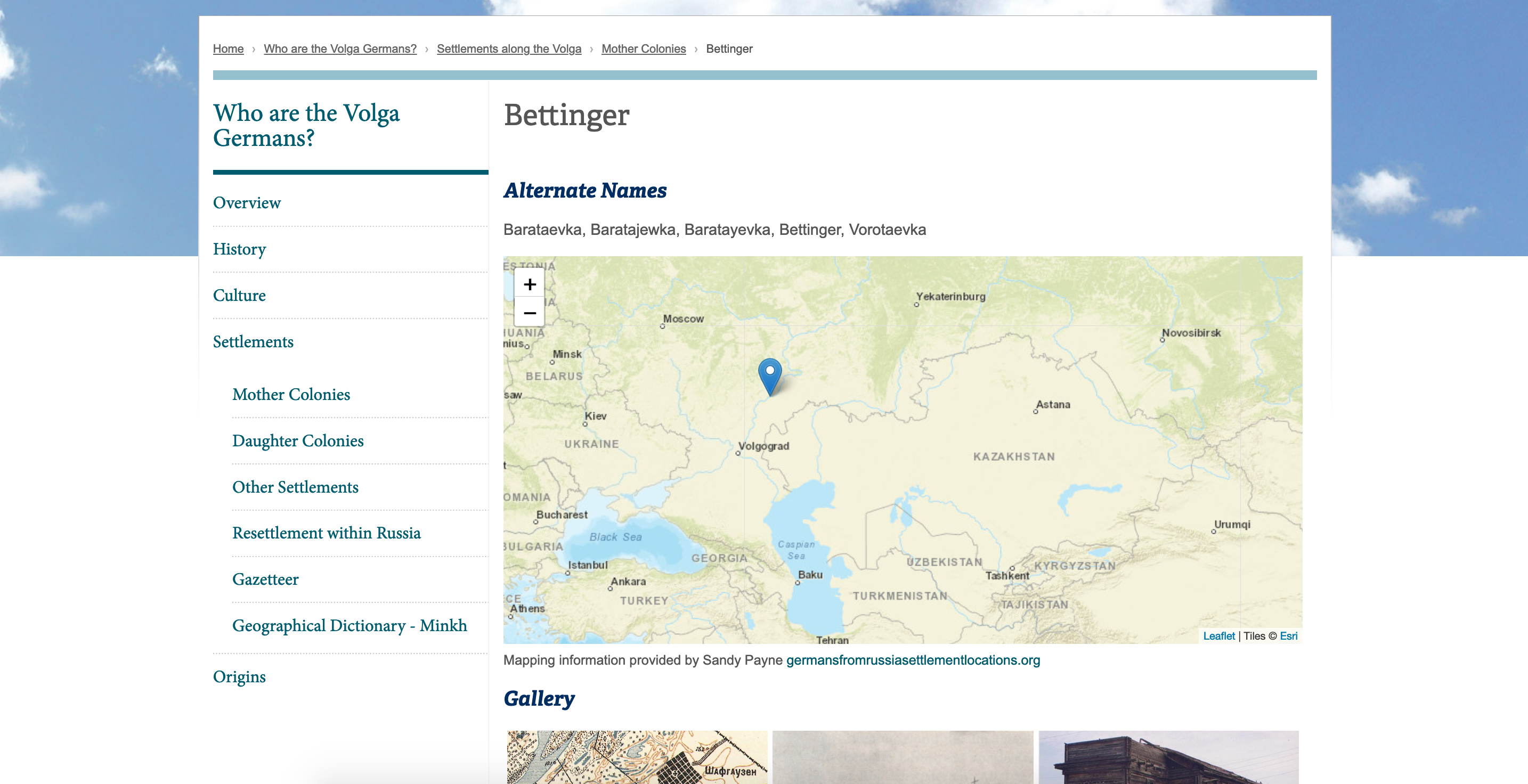