5 Steps for a Successful Relationship Between Designer and Developer 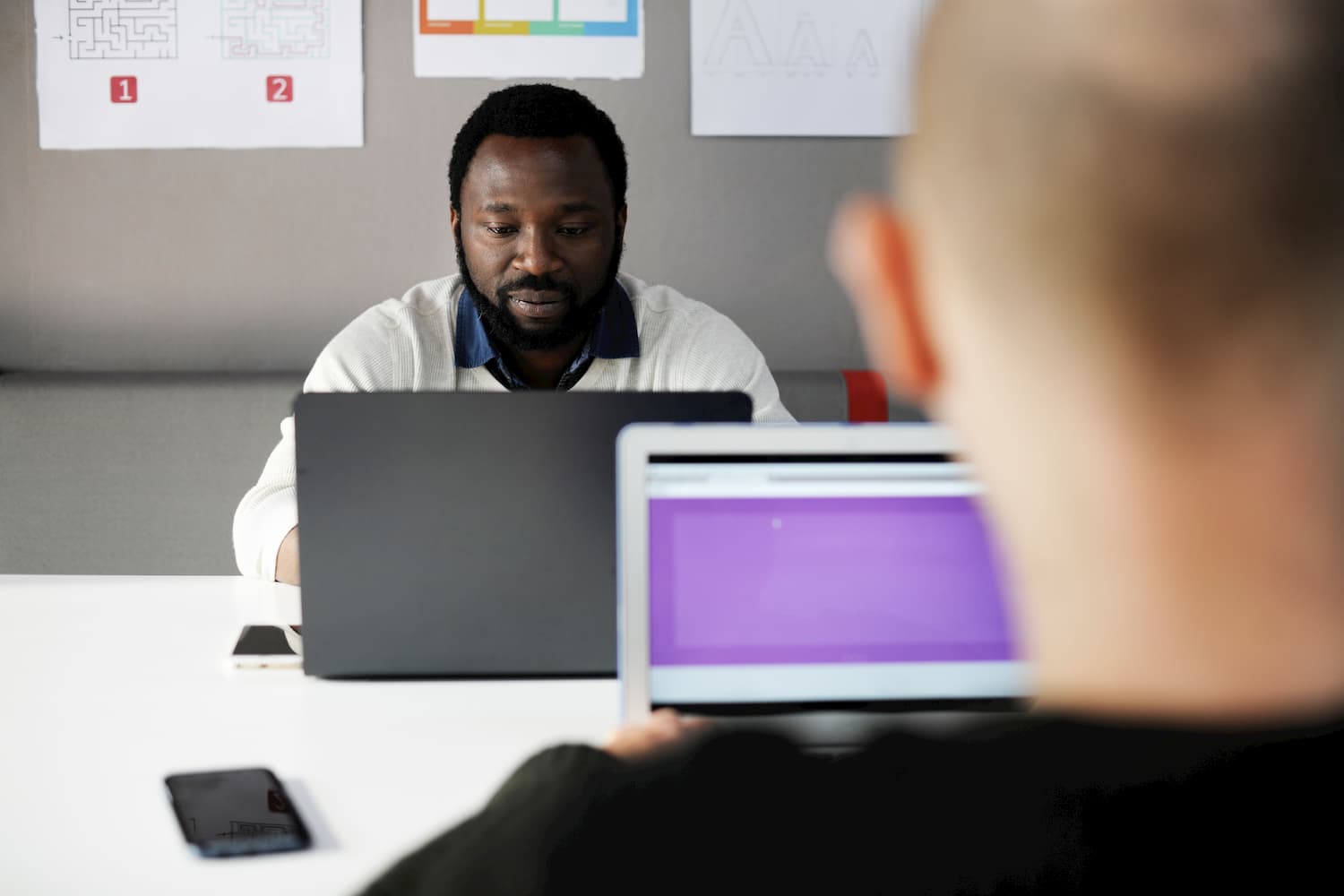 What makes a great relationship?

Communication? The ability to share your thoughts? Your frustrations? The understanding to give, and take advice?

The relationship I want to talk with you about today is not a lover’s quarrel. It's the dimensions and dynamics of a relationship between a designer and developer.

All companies have different structures whether designers and developers are two separate teams. Or if front end developers are separate from back end developers. Either way two heads and better than one. Working together instead of working separately offers the clients a more streamline, interactive process that just gets the job done better. Here, are five steps to ensure a successful relationship between a web designer and web developer.

1. Involve developers from the start

Depending on what platform you are working with, it could be Squarespace, Drupal, or WordPress. Each has its strengths as well as its limitations.

For example, maybe the route of WordPress is best for client's budget, however, there are some goals they want their website to accomplish, and WordPress might not have a reliable plugin for achieving that goal. Designers are well aware of each platform, but might not know all the latest plugins that a WordPress developer has knowledge of.

There is nothing worse than to find out months later after wireframes and designs have been approved that certain futures you or your team planned for aren’t going to work.

Developers are busy. However, it's beneficial for the whole project if the developer is included for some of the key meetings of the project. Developers are experienced, and have tons of knowledge and valuable insights when it comes to what they are building, and sometimes, the best way to approached it.

But if they don't have to, it makes their lives a lot better.

So, if you're an experienced designer put in the extra time to create a prototype with pixel perfect lines.  Sometimes it's not in the budget, or maybe there isn’t enough time to create prototypes. When it is possible though, it is a game changer, as it communicates the design in the most straightforward way possible. Prototypes create much less room for misinterpretation.

It could be based on a dozen things, some including one’s life experiences, past and personal taste. In the same way, often times, designers and developers see things very differently, as a result of their own skill, talent, and strengths.

As a designer, it's easy to have an idea or vision in your head, and often times we just assume that's how anyone else would see it. Sometimes there are those small animations between loading screens where it's easy miscommunicate what is happening just by not saying anything.

These things add up. Also, hurt the workflow.

It’s best to have everything layout in a way where questions and dialogue are always welcome, but not always needed because the designer layout all the needed details.  It may seem like some of the annotations are pretty straightforward or just seem intuitive, so one wouldn’t think it needed an explanation. Maybe it is intuitive, but on a Thursday around 4 o'clock, it might be less intuitive.

This is why annotating interactions thoroughly is just a safe practice that lets your team know you were thinking of them from the start.

Providing designers and developers with internal and client conversations from the start really provide a solid foundation from the start of the project.

Even though a developer and designer are from two different backgrounds, and skills sets, they are both working on the same project. Designers and developers chatting throughout the scope of the project can provide amazing feedback, insights, and ideas which can really add to the bottom line.

Its surprising how often a design can appear great, however, once it gets built, it might not feel the same. Developers are aware of the differences between prototypes and real working applications. So don't be afraid to walk over or message them.

For a developer, it can be frustrating to have some files via email attachments and others via instant message with a file location. Providing developers with clean, well-organized design files really defines you as a designer, and elevates the work of the project.

Everyone on the team should be involved in some level of research. It’s vital to have a thorough understanding of what needs to be done for either designer or developer.

This creates a stronger team, and a better project.

Personally, I think one of the best things one can do in a relationship is be patient. We might not know what kind of things someone is going through or why they seem off. Empathy and communication really come into play when it comes to forming a strong team and ending with a happy client. For web designers and web developers is this no different. Each project is being built by both designer and developer, and the success of the project is how well they are willing to work together.